The Parliament approved a law which affects us closely and which all associations for visually impaired people have long been waiting for.
Law 3/4/’1 nr. 138 was published on the Official Gazzette, General Series nr. 93 on April, 21th 2001.
It reads: “Classification and quantification of visual impairments and regulations on ophthalmic exams”.
Reading Law nr. 138, it is clear that the legislator intended to regulate and classify visual impairments, harmonizing the Italian law with the relavant standards introduced by the W.H.O. on this issue.

VISUALLY IMPAIRED PEOPLE HAVE BEEN DIVIDED AS SUFFERING FROM:

The criteria to refer to, so as to identify the subject who are legally entitled to be recognised as part of these categories, are the following:

The assessment of visual field loss is definitely a big step forward in relation to a fair allocation of the degree of disability to be assigned to visually impaired people. At the moment, this legislation does not modify the social and economical benefit assigned by the welfare system, nevertheless, it will become a must reference for future interventions, both at national and local level, which will be adopted for the benefit of visually impaired people. Achromatopsia is unfortunately not mentioned in Law nr. 138; neither as a debilitating factor itself nor as an aggravating factor when coupled with reduced visual acuity. Legal and juridical recognition of achromatopsia is, in my view, one of the most important goals for the Italian Achromats Association.

The path to achieve this is still very long and it will not be easy to reach the goal. It will be necessary to press the whole ophthalmology sector closely, without haste but also without rest. The consent and support of the medical and ophthalmic community is an essential prerequisite to raise awareness in the major public and in politicians so as to grant achromatopsia its “right to exist”. Up to now, achromatopsia has been neglected or considered, at the most, as a strange minor retinal anomaly in relation to the consequences it has on the condition and quality of life of achromats.

The honour to reverse this disadvantageous situation, is up to us – the achromats – and we have to make it happen giving our personal contribution. How can we do that? Firstly, doing our utmost to drive the attention on our problem and taking action to give them visibility and secondly asking and obtaining the removal of”colour barriers”, so that we can compete and live together with other people taking advantage of equal opportunities. 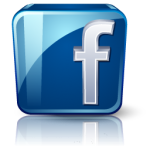 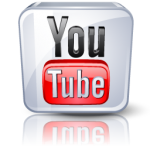